Skip to content
Is pronation really such a problem? 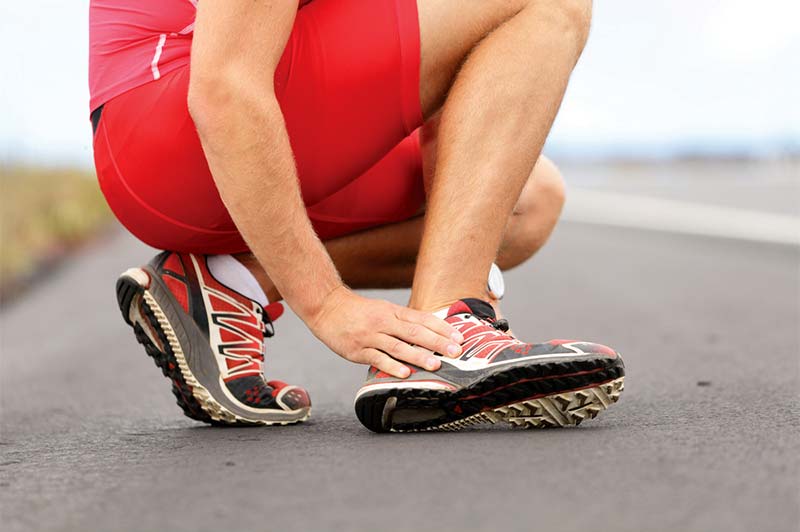 Pronation has been the fundamental factor in selection and prescription of running shoes for years (decades even!) and ‘over’pronation has been the alleged “cause” of more running and sporting injuries than you can poke a stick at… But the more time I spend working with runners and the more time I spend talking to other therapists the more often I ﬁnd myself asking ‘how much of a problem is pronation’ and ‘do we really know how to deﬁne or measure ‘over-pronation’?

The critical points that need to be made & weighed in this argument are as follows;

Almost all of us pronate and we’re designed to do it because it’s a fundamental shock absorption system for the foot and leg.
Pronation is basically the normal ﬂattening out or dropping of the foot’s arches in weight bearing. It facilitates internal rotation at the ankle & knee (giving greater range of motion and a longer stride) and allows for gradual soft tissue loading and better elastic recoil of tissues in toe off.
In short it literally puts a spring in our step & makes us more efﬁcient runners!

So what is ‘Over-Pronation’?

Over-pronation has been deﬁned in several ways but in general it’s taken to mean that the arch drops or ﬂattens too much or too quickly when weight bearing or that it stays on ﬂattened for too long during the gait cycle.
It shouldn’t be deﬁned as ‘ﬂat ﬂeet’ – though much to my dismay it frequently still is.

How much is too much?

That’s a good question! And it’s a real shame we don’t have a good answer…how much and how fast we’re supposed to pronate and how much of a normal gait cycle we’re supposed to be in pronation is essentially unknown. Not because we haven’t researched or studied it- It has been investigated hundred of times over but the ﬁndings are inconsistent and at and at times, conﬂicting.

How can it be so hard to work out?

Well there are several issues that relate to consistency in research but in simple terms varying the study (different people running in different shoes, on different surfaces, under different conditions) means varying the results to some degree. One of the most inﬂuential factors has probably been how we actually measure pronation, meaning whether it’s in weight baring and whether it’s static or dynamically (as we run or walk). This all makes it
hard to compare apples and apples so to speak.

‘Normal’ Range Of Motion (ROM) values vary a lot too because we’re naturally designed to walk and run with the foot and ankle in a stack of different positions so we can adjust to changing terrain. In basic terms this means that many joints mean the foot can operate in many different combinations of positions.

Potentially one of the greatest obstacles to working it out though has been that we’ve just been looking at things the wrong way around…the current trends in gait research seem to be indicating that the greatest inﬂuences on lower limb control during gait seem to be from the top down, meaning the hip and pelvis are really setting the scene for running efﬁciency and injury risk, not the foot.

So back to the original question- is pronation/over-pronation really such a problem?

The reality is you can have ﬂatter feet than most but if you’ve been like that your whole life your body is probably perfectly adapted to walk and run that way with all your soft tissues being speciﬁcally matched to your ROM so your musculo-skeletal system may not be overloaded at all. This would likely mean that your risk of injury is probably no different to anyone else’s.

On the other hand if you suddenly begin pronate beyond what your system is trained and adapted for you are probably much more likely to sustain or exacerbate an injury.
What might cause this to happen you might ask? Well all indications are that leg control is from the top down so injury or weakness in the ankle, knee or hip may very well lead to more or faster pronation that you’re adapted for.

So if you ask me over-pronation is not deﬁned in numbers but needs to be clinically deﬁned and although the evidence suggests that it’s associated with injury I think it’s role as a cause of injury has been well overstated.

I’ll write more about what to do if you have an injury and how to know if your pronation is a problem in my next article.